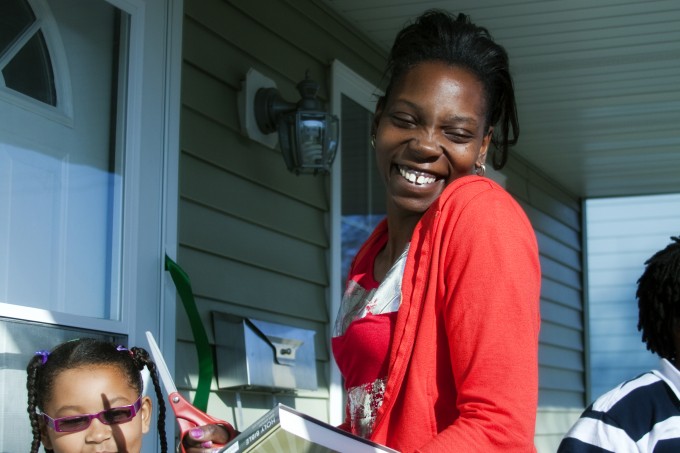 Samathie Young was born in Champaign but was the child of a military family and moved every year or two.  She has lived everywhere from California to New York, and attended eight different schools.  Because they traveled a lot, she was never able to have a place that she called home.

“It was hard for me to finish school because of all the different moves.  I didn’t have friends because we were constantly moving.”

Because of this Samathie felt it was important to have a place for her children to call home. She wanted them to have the stability of growing up in the same town, have friends at school and church, and know what it is like to grow up with a sense of community.  She decided to raise her family in Champaign.

Home ownership is also important to Samathie for health reasons since her son has asthma and has been exposed to mold in rental houses-  “I want to raise my family in a healthy home”.

Samathie has had the same job for over eight years, and she has worked hard to pay bills and to get out of debt.

“I never thought I would be able to buy a home for my children. I heard about Habitat and applied to be a home owner. God answered my prayers with a call from Habitat saying that I have been blessed to be one of the home owner’s.  Tears came to my eyes.” Now thanks to Habitat, Samathie’s children will have a home to call their own.

The Young Family is the 62nd home built by Habitat for Humanity of Champaign County.